Review: ‘Along Came a Spider’

In yet another adaption of a James Patterson novel, Morgan Freeman does his usual excellent job as profiler Alex Cross. It’s just too bad the rest of the movie can’t quite measure up to his performance… or the first five minutes.

Still recovering from a bust gone bad months earlier, Alex Cross (Morgan Freeman) is contacted by kidnapper Gary Soneji (Michael Wincott) with clues that draw him into an ongoing investigation to find a congressman’s missing daughter. Partnering up with Special Agent Jezzie Flannigan (Monica Potter), Cross begins to unravel a trail of clues, but things really get started when Cross discovers the kidnapper is an admirer of his.

This film is a sequel to 1997’s “Kiss the Girls” in the same kind of way that “U. S. Marshalls” is a sequel to “The Fugitive;” same central character but completely different story. Fortunately, the filmmakers decided to let Freeman’s performance sell the story rather than tout it as a sequel, but that brilliance is undone by an early action sequence that the rest of the film simply can’t hope to live up to. Worse yet, that sequence has little to do with the film other than to contribute a little backstory to Freeman’s character and give the guys making the trailer something to entice audiences with. The combined effect makes watching the film feel as if it’s plodding along rather than taking its time with the story.

What’s left is a clever story that ranges from hero vs. villain to pure mystery, stumbling mostly when the director fails to trust the audience with a little intelligence. The worst offense is the convenient guessing of a computer password and the even more convenient itemized list of the film’s plot (which instantly appears with no searching necessary) including where the film ends. It’s hard not to think back to Mel Brooks’ “Spaceballs” when the bad guy fast-forwards through an anachronistic video of the film to discover how the good guys had given him the slip and where they had gotten to.

“Along Came a Spider” isn’t a bad thriller; think “The Bone Collector” with a better ending. With a few tweaks, it might have even been great. Still, judging from the way the trailer was presented, the producers already knew that Morgan Freeman was the only glue that could hold such a fragile production together. 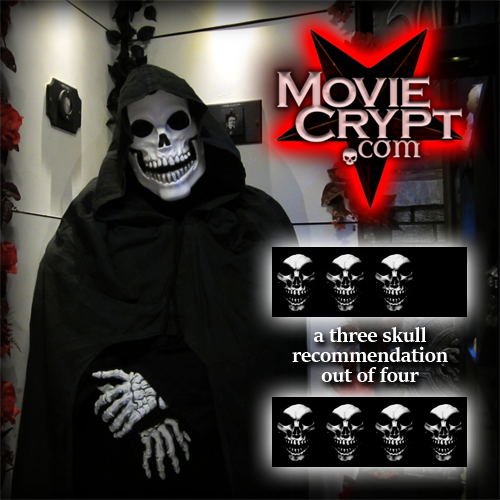